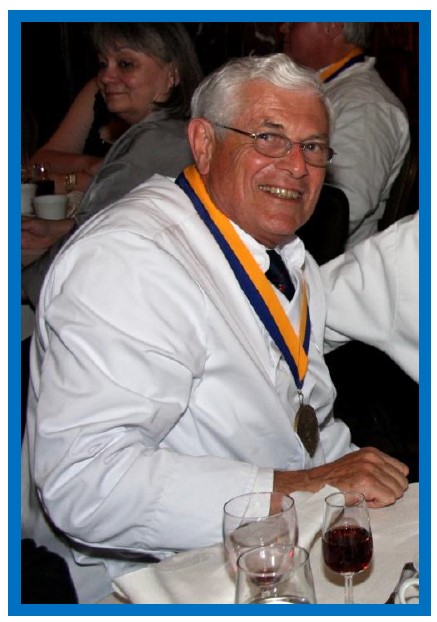 Ian joined Les Marmitons of Ottawa-Gatineau in its 1984 inaugural year. He later became president of that chapter from 1992 - 1996.

With Jean Pierre Jobin, Ian initiated the drive for and worked on the development of the by-laws and policies that are the foundation of the organization today. As vice-chairman and after serving for 19 years Ian retired from the Les Marmitons International executive in 2011.

Ian's dedication and service to the Les Marmitons organization and to its operating philosophy of friendship and gastronomy are the well deserved reasons for his receiving this award.